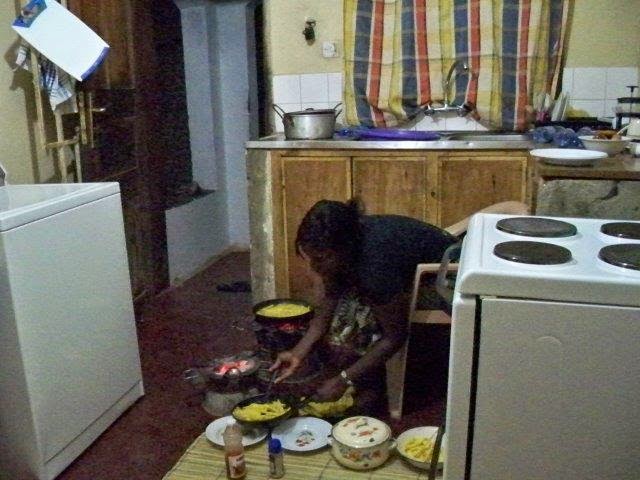 We went to bed last night without ESCOM (electricity)or water and this morning we had the same conditions greet us. I am amazed how easy it is for Grace to go from 2014 back to cooking on hot coals without missing a beat.  (see pictures). She had boiled water this morning so I had my two cups of coffee first thing so as far as I was concerned life is good. Out came the coal cooker on the floor and we had fried eggs, cold “Choc-O-Puffs and milk, hot tea, bread and jam and prayer, not a bad way to start a day.
It is cool and overcast with a slight drizzle but Rackson says it will clear up by noon and we will be going out to soul wining this afternoon. It feels good to be cool. If the ESCOM does not come on soon he will have to run the new generator to keep the food cold. He has it wired for the house and it runs everything except the geezer (hot water heater).
I have to stop for now as I have been informed it is time for bible study and reading of the Proverbs. I’ll get back to you later.
Well I am back and it has been a few hours, we have water but still no ESCOM. Got a call from John down in Tengani while we were coming back from Soul winning. He has ESCOM, this just is not right. Tengani is 7 miles south and two blocks east of nowhere and he has power, go figure.
John has been waiting a year for the ESCOM. What a great day in the village. We only had an hour or so for visiting but 10 souls got saved. The first 4 we visited were very receptive. They said they were talking and hoped someone would come and tell them what to do to be saved. My hair stood up when Rackson told me that. After we were finished and had a prayer they asked if we would take a picture of them and me. We did. 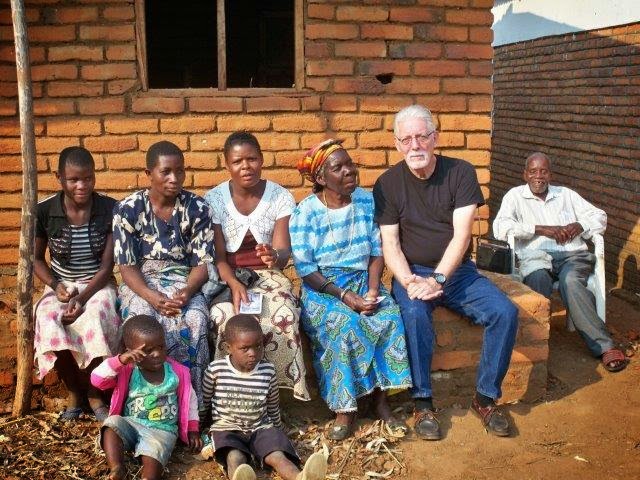 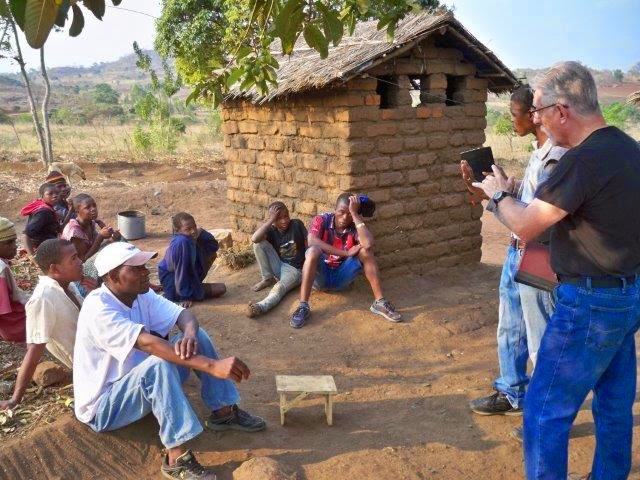 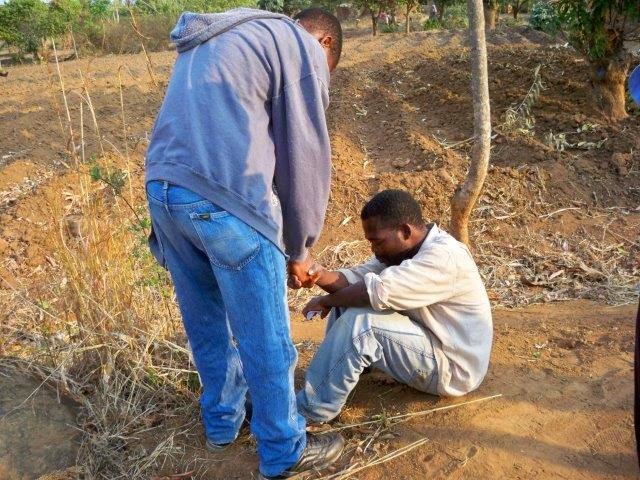 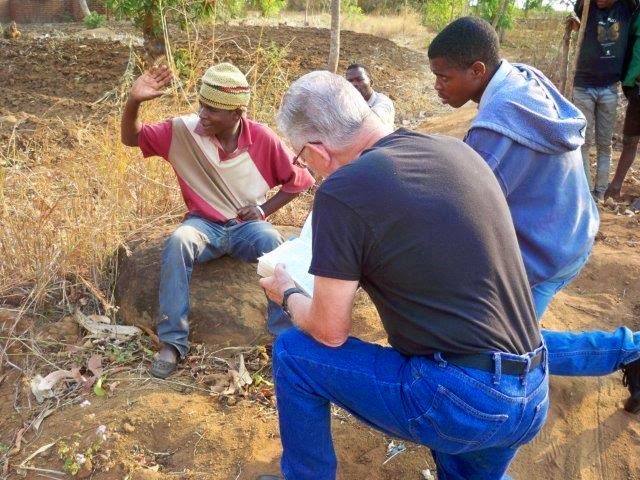 Came next to a large group who invited us to speak and we said we would be happy to.  As introduction were being made I told Rackson I did not have peace with this group but started to preach Jesus but this one man and a young girl kept interrupting. Again I told Rackson I had no peace here, he said there might be one who wanted to hear about Jesus and to try again, I did with the same results. I closed my bible and put on my light jacket and bid them good bye. Rackson was in agreement and we shook the dust off and went on our way. A few steps on  our way and one young man who was in the group came after us and asked  would we please tell him more as he needed to get saved. I did and he did and went on his way rejoicing. While I was preaching to him a young man stopped by the way and was listening. Collins  took him aside and preached Jesus to him and he came to the Lord. We stopped at what was to be the last house. We had passed it by at first and a woman call us back and said she saw us praying with the last young man and asked why we passed by. We went back to her home and she and her husband and I think daughter ask that we give them words of encouragement. They said they were saved but did not like where they were attending and asked to visit us this Sunday. As we were leaving the daughter said she was not saved so Rackson lead her to the Lord. It was a great day.

Got home after dark and was ready for a meal. Noel, Rackson’s brother fired up the generator and I heated some water and took a wonderful bucket shower and ate a LARGE plate of spaghetti and a cold bottle of water and five little coconut cookies. Life is good. God is good and maybe we will have ESCOM
In the morning. God bless and good night.
Because of the Cross,