Had a very good Sunday service with many in attendance. Several came forward at the end to receive what they needed from the Lord. It was very warm and by the time I was finished I was wringing wet. I was trying to visualize Pastor Wright next year at this time. If he is too warm in the winter, well you get the picture. Service lasted a little longer than the allotted time but we had a guest Pastor who wanted to address the church and after requesting so from Rackson he spoke to us. It seems when we had our bible conference last month he called and asked if he could send some of his young men. Of course they were welcomed to attend. They had to take mini-bus transport but they came. The Pastor reported to us how pleased the young men were, they said they were treated very well and the food was good and in abundance. They also said they learned very much bible and felt blessed that they were allowed to attend. I was struck that the Pastor would come all this way from Blantyre just to give us that report.  Bible Way has a good report in the community for sure.
After we dropped Sarah off in Mapanga we came right home, me to a shower and Grace to the kitchen. Life is good. We had a fine lunch and a much needed rest. We made plans for today and I went to sleep.
Well today got here and it was not like we planned. We were going to take Darcy and Sarah shopping so they would be ready for John when he gets home from Tengani.  That was the plan but it turned out that there was a strike but the workers and none of the shops were open for security reasons. Two of the young men working on the John/Romans translation came to the house early morning and they and Rackson sat down to the work. John called and made sure I was going to spend the week with his family and I assured him I was. It was well after lunch and I was deep in study, deep study looks a lot like sleep to the untrained eye. Rackson came into the room and said everyone had left and he needed to meet a man who wanted to buy the five used tires Rackson had for sale. We drove over to Mapanga and picked them up and went into town where this guy works. Town was very quiet with all the shops closed, it looked a little threatening with the large groups of people standing around. I was glad when our business was concluded and we headed back home. New plan is to go shopping tomorrow before John gets home. The Fullford Family have been without water for five days now, not sure why I am going there for the week.
Working with three ministries is a wonderful thing but there is never a dull moment at Njuli, Bible Baptist or Bread of Life Ministries and the Lord will use the time as only He can. I am blessed to be here.
Because of the Cross, 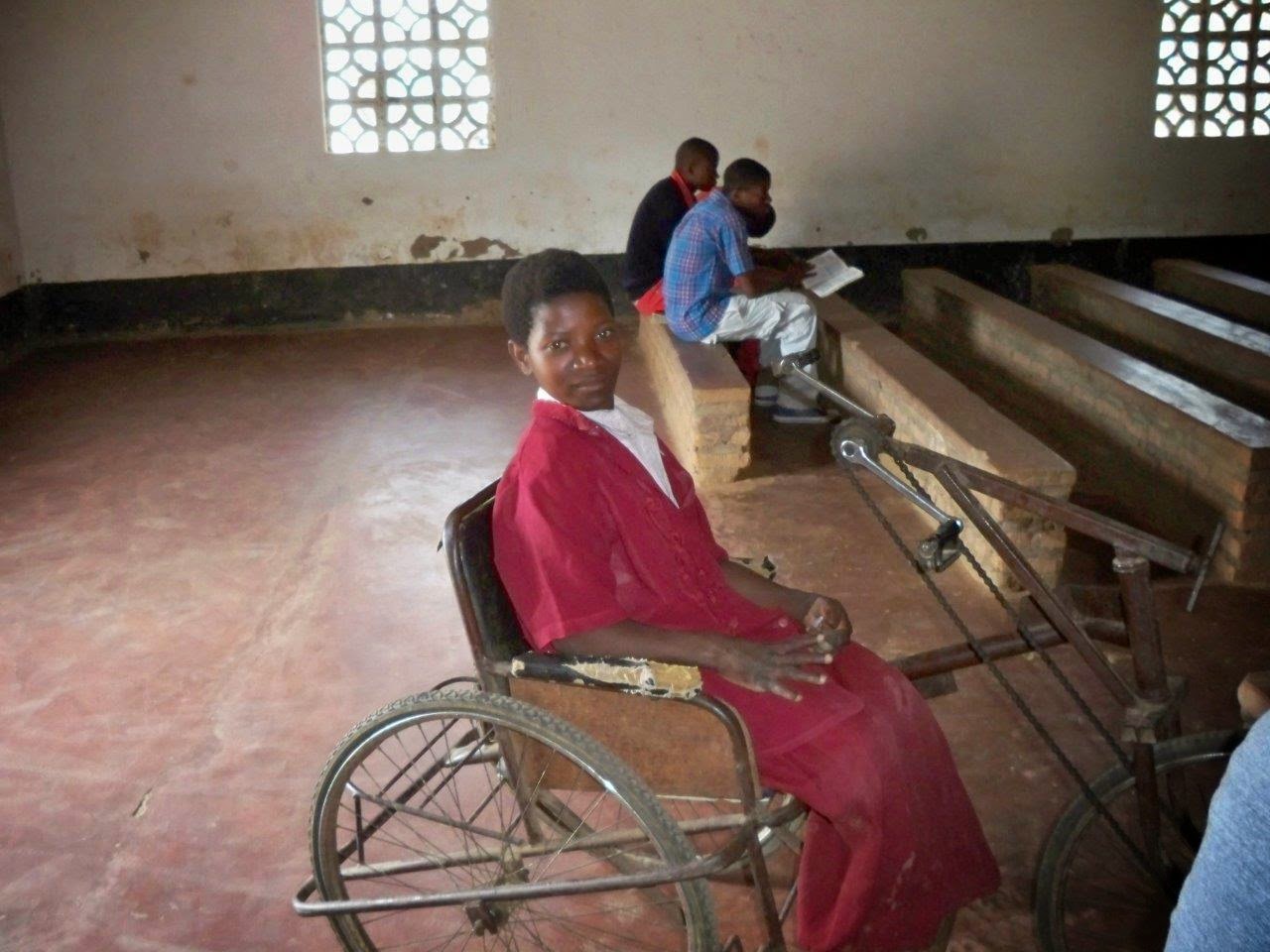 Bro. Chuck
P.S. I am sending a picture of Lasungu, She is one of the first if not the first to come to the Lord in 08 when we were a grass church. She still is faithful to Him.Some of you may remember her. She would crawl the length of a football field to get to church. Thankfully she has a wheelchair that is equipped for her and most of the time it is working!