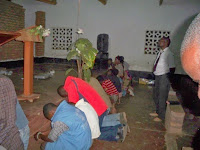 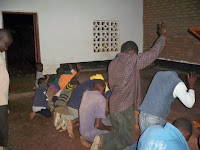 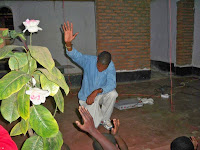 Njuli, C. Africa
What an excellent evening, started off a little slow and we had some real problems with the generator so we started late. I got some good pictures of the cook shack and the ladies getting ready to cook the sacrificial goat, as I took the picture I thought about dinner. Think I will pass on that this evening I have nsima at home. 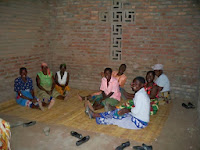 During the time from when we were to start and the time we did start the time was put to good use as we had a good sound system set up and “Redeemed” was playing about as loud as the system could put out, it was a great draw.  Although we started late we have plenty of time for the three choirs who have been practicing all week, tonight was the dress rehearsal for Sunday. They were very good. We had lots of prayers and good testimonies. 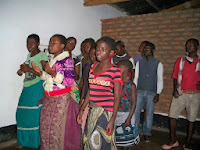 Before I was asked up to preach one of the men of the church asked if I would mind is the goats were brought in from the outside pen as with everyone in church they were afraid a thief might steal the goats. They brought them in and put them in the baptistery and need I say more, they got right out and run jumping over everything in sight. I played silly and set with the women you would have thought I was Bob Hope. Before I got in to the message we had to have the goat removed as the bleating was just too distracting.  I tried taking pictures inside the building but with the lights not being very bright all I could get with the flash was 199 round white eyes and with all he smiles what looked like the world’s largest piano if the odd number seems out of place it is because a set of twins only have 3 eyes between them. 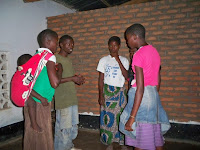 The theme of this whole month is “The Church” as the body of Christ but with a mixed group, members and visitors a salvation message along with teaching works well here. I preached “Christ and the woman at the well” this place is just like it was 2000 years age only the wells are different. These people know the importance of water in their lives and add to that the living water Christ offered and the power of the Word draws men to Christ as it always has. I had but to read the words Christ spoke, took a trip down the Romans road and let the Spirit do his part and get out of the way. 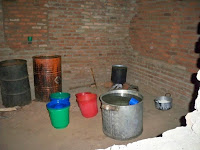 24 precious souls claimed the Lord as their Saviour this night but what so please me was that Rackson Jr. got saved. His mother was just beaming and I think I saw Rackson smile.
All for now more tomorrow
Because of the Cross     Bro Chuck the dusty 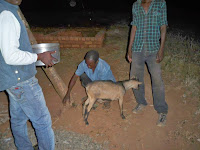 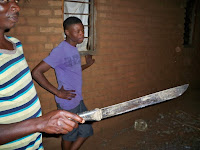 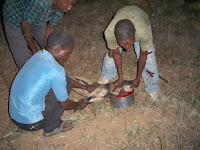